Development of this project is currently frozen!

Patches of the RPG Maker 2000/2003 editor have always been the greatest problem, because they all changed the resource section in the executable. So there were two ways of distrubuting such a modification: Either the users had to change their RPG2000/3.exe by themselves using the famous “Resource Hacker” or replace it by a new one, which was often a big problem because modifications made in the past, and even localizations were overridden.

The aim of my project is to make things easier. RPG Maker 2009 Ultimate neither changes the executable file nor replaces it. It’s compatible with all versions and this way very flexible. When started, it will load any RPG Maker 200x editor and inject itself into it. From the inside, it is able to modify the RPG Maker then. 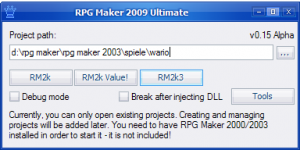 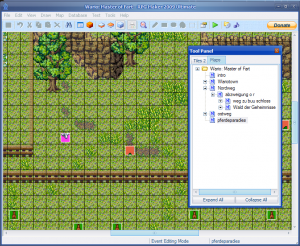 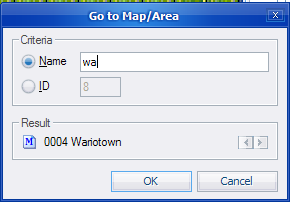 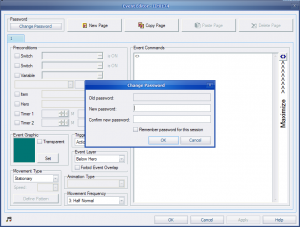 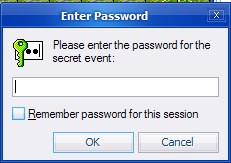 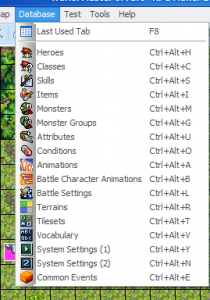 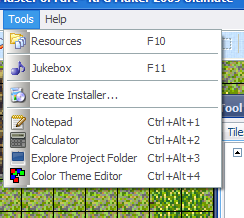 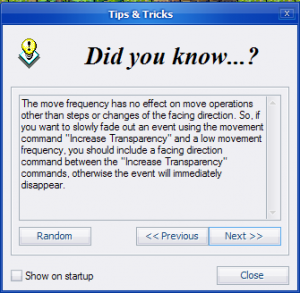 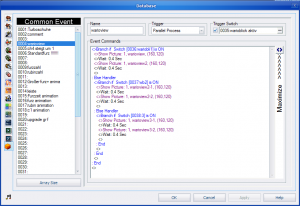 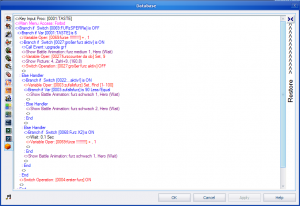 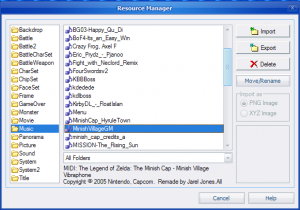 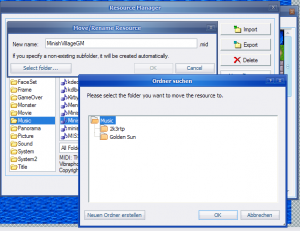 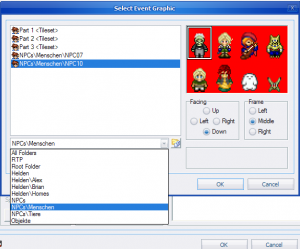 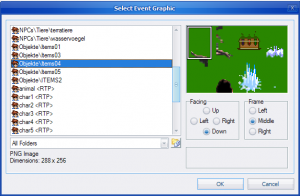 Listing of files in all subfolders 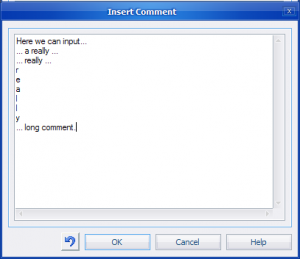 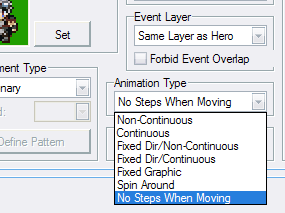 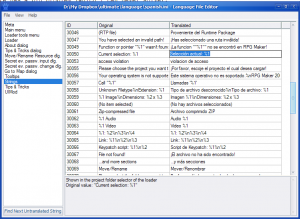 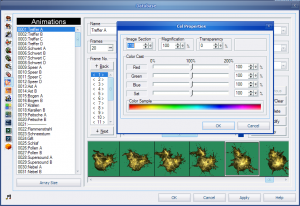 Use of an animation file with 125 sprites 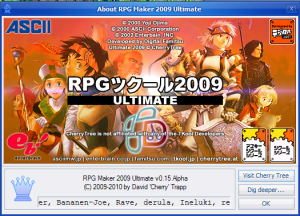 Update: The last version (which never came out of Beta but has several bugs fixed) is actually 0.16.32 and can be found here.